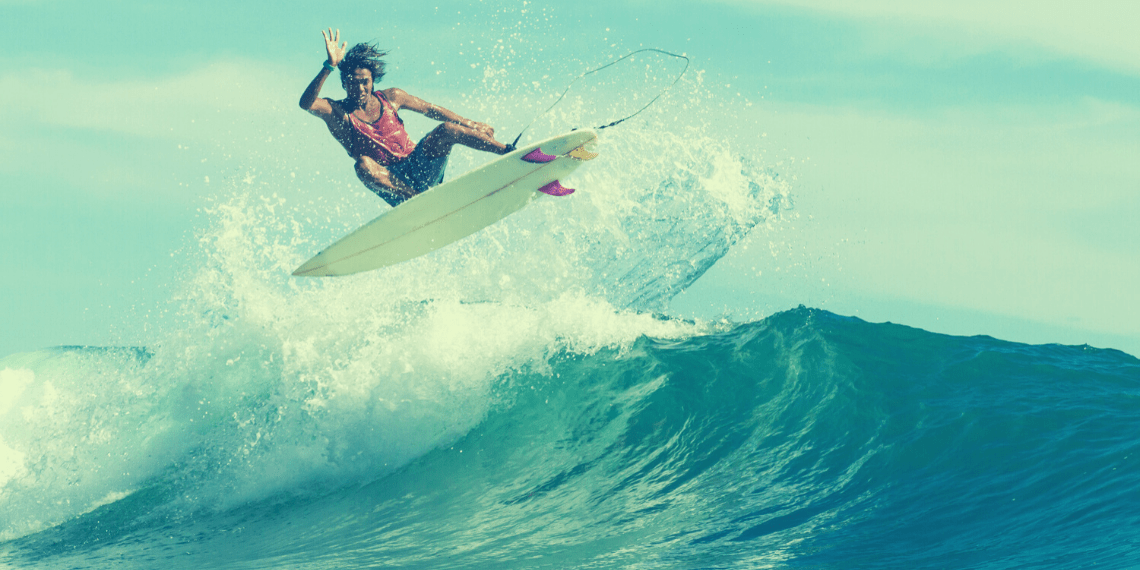 In 1778 a British expedition under Captain James Cook, sailing from Tahiti to North America, met coincidentally with a group of islands unknown until then, which would later be called the Hawaii Islands.

The expedition landed on the islands to map them and take note of their characteristics, as well as the way of life and customs of their inhabitants. But during his stay on the island of Hawaii, a discussion with the natives motivated by the theft of a boat ended with the death of Captain Cook by Indigenous Spears. Lieutenant James King took command of the expedition, and in the journal of the board scored the first written reference to the surf that there is.

“One of their most popular Entertainments is done in the water when the sea is grown, and the waves break on the coast. The men, between 20 and 30, head out to sea to get around the waves; they lay on an oval plate about the same height and width, hold their legs together on top and use their arms to guide the plate. They wait a while until the biggest waves arrive, then all at once roam with their arms to stay on top of the stream, and it drives them with impressive speed. ; the art is to guide the plate so that it stays in the right direction at the top of the wave as it changes direction.

If the wave directs one of them near the rocks before being caught by the break, he is congratulated by all. At first glance it seems a very dangerous diversion, I thought that some of them would have to hit the sharp rocks, but just before reaching the coast, if they are very close, they jump off the board and dive below the wave until it has broken, while the plate is moved many yards by the force of the sea. Most of them are overcome by the wave break, whose strength they avoid by diving and swimming underwater to stay out of reach. With these exercises, those men can be said to be amphibians. The women could swim to the boat, stay half the day in the water and then swim back to the shore. The reason for this fun is just entertainment, and it has nothing to do with skill tests, with sound waves I understand it must be very helpful, at least they show great pleasure in the speed that this exercise gives them.”

By the time Europeans arrived in Hawaii, surfing was already an essential part of Hawaiian culture and lifestyle. The nobles earned the respect of others by demonstrating their skills about the waves, these had private beaches where only they could surf, and it was considered a severe fault that someone who was not noble would surf one of these waves. Rituals were done to give thanks for the waves or to ask for sound waves to come in quiet times of sea; there were also rituals to bless the new surfboards. The nobles were standing on boards that could measure up to 7 meters; the everyday people were surfing lying or kneeling on boards up to 3 meters high.

Although it was in Hawaii that the most evolved surfing was found, it is thought that it was not the ones that originated it. The inhabitants of Hawaii were emigrants from other Pacific islands such as Polynesia, where surfing also existed, although less evolved as they caught the waves lying or kneeling. When the first emigrants arrived in Hawaii20th-century they took with them the surfing culture that already existed in Polynesia and developed it until it became an essential part of their culture.

After the arrival in 1778 of the first Europeans, 150 years of decline in Hawaiian religion, customs, and culture followed until almost their disappearance, surfing was equally affected. In just 50 years, European culture and way of life prevailed, displacing Hawaii to its total extinction, and almost extinguishing the population with the arrival on the island of European diseases unknown to them and against which their defenses could do nothing.

It was in 1820, with the arrival of the Calvinist Christian missionaries, that almost all traces of Native Hawaiian culture were eliminated and replaced by a culture of “modesty, work, and religion.” Everything was considered immoral, even surfing as playful entertainment was deemed to be inappropriate. This philosophy was a jar of cold water for a culture that celebrated the joy of living, walked in loincloths, practiced surfing and swimming as a way of life.

From 1840, several writers and journalists attracted by what they had read about these islands arrived in Hawaii. These writers realized the strict morality to which the indigenous people were subjected and publicly denounced it. In turn, they told the world the customs of Hawaiians, including surfing, which began to be known in the West. This Is How Mark Twain (author of “The Adventures of Tom Sawyer”) described his surfing experience in one of his books.

“I tried surfing once, but I failed. I was with the board in the right place at the right time, but I lost contact with the board and fell. The board reached the shore in half a second, but without its load, and I hit bottom at the same time, with a couple of barrels of water falling on me.”

In 1898 a group of businessmen, along with the American marines, abolished the Hawaiian monarchy, without much resistance from the natives, and soon after, the United States annexed the Hawaii Islands as part of its territory.

At the beginning of the 20th century, surfing began to resurface on the Hawaiian coast, especially on the island of Oahu, and a little less on Maui and Kauai. Three haloes (non-native) and one Native Hawaiian played an important role in this resurgence of surfing.

The three haloes were Jack London, who practiced surfing and wrote praising this custom Hawaiian, George Freeh who practiced surf along with Jack London and defended this sport, and finally Alexander Hume Ford that I struggle to create beach clubs for the practice of surfing in Hawaii, and held a conference showcasing the sport of surfing to the world.

The essential character for surfing to be known around the world was the Hawaiian Duke Kahanamoku, a great surfer and Olympic swimming champion on several occasions. Between 1910 and 1920, Duke traveled the world, and where he was going to the surf demonstration, he even sometimes built the board with which he would ride the waves. His illustrations made a significant impact on the attendees and served as a fuse for the Big Surf expansion that would follow.

In the years ‘30 and ‘40 in California started to become popular surfing, it held the first championships, appeared the early photographers and surf magazines, however, the arrival of the Second World War between 1939 and 1945 marked a pause in the development of surfing, although it became known to thousands of sailors stationed in the Pacific.

After the war the evolution of surfing was already unstoppable. Began research on new forms in the tables of surfing, increasingly short and thin, with further materials like fiberglass and polyurethane foam, have appeared dozens of publications and movies, surf even music surfing championed by the Beach Boys in the 60s. In the decade of the ‘70s, the surf makes the leap to Europe, invented the wetsuit, Mark Richards win 2 of their 4 world titles in surfing, you start using 2 keels in the tables, are the big brands such as Quiksilver, Billabong, Oneill and Rip Curl, are premiering “The Big Wednesday”.

The ‘80s is the decade of surfers such as Tom Carroll and Tom Curren, the three keels, and the designs of the tables are like what we have today. In the ‘ 90s, Kelly Slater razed off winning 6 World Surf titles and eclipsed the rest of professional surfers. Removable keels are inserted. The style of surfing changes with new maneuvers such as 360 and aerial.

And the 21st century starts strong. The revolution of the Internet also affected the surf; we can see the beaches live, to know the predictions of waves online up to one week ahead. New materials make boards lighter and more resistant, and unique talents like Jeremy Flores or Jordy Smith promise to take surfing to another level.